My Family Takes Me For Granted, And It’s Time For A Reality Check | Essex County Moms

My Family Takes Me For Granted, And It’s Time For A Reality Check 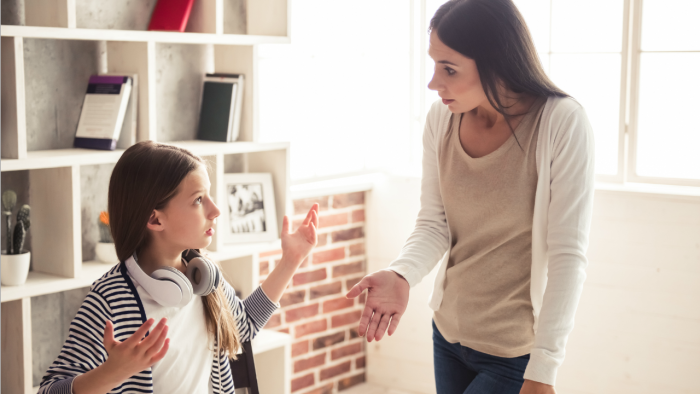 This Is What It Feels Like To Be Taken For Granted

I just got back from the grocery store — for the second time this week. As soon as I plopped the bags down on the kitchen island (by myself, I might add), my oldest son opened up all the bags, without putting a damn thing away, and reminded me I forgot the almonds.

The very expensive bag of almonds that he eats in 2 sittings, then wants more.

I explained to him we simply can’t always have everything in the house that he wants the moment he wants it. This is not Food On Demand, and I am not a host; I am his mother for crying out loud. He can have those luxuries when he makes his own damn money and can drive his ass to the store.

And when he is capable of doing that, I’m going to hand him the grocery list and send him right back if forgets one damn thing, then lie on the sofa and tell him to put it all away.

That afternoon as I started putting the groceries away — again, by myself– I looked over at my kids sprawled out in lounge wear on the sofa that was peppered with paper towels from their breakfast, juice glasses, and God knows what else. I think I even spotted some slime and a screwdriver stuck between the cushions in the upright position.

I felt my temperature rising and wondered how in the hell they can sit there without noticing a damn thing while I notice everything and feel so overwhelmed I’m almost paralyzed and don’t know what to yell first.

This is the moment a mom feels overworked, taken for granted, and like a dirty dish rag.

This is when a mom might blow her top and let the vein in her head pop out just so everyone can get a good look and see for themselves that she’s had enough.

This is the moment we feel out of control and though we could handle this more calmly, desperate times call for desperate measures (read: yelling and taking things away).

This is the moment moms of the world don’t care if they “overreact” or “lose it” because the only thing they are able to do is remember all the damn shit they’ve done for their family with no appreciation whatsoever.

Since my kids were young, they’ve only listened to me when they know I mean business. I’m not a parenting expert, nor do I always handle things well, but taking prized possessions away without any notice usually works.

So does making them spend some time cleaning their rooms. Or the basement. Or the garage. Or the toilets.

We all fall into “I’ll just do it myself” mode because it’s easier sometimes. And believe me, I’m as guilty of this as anyone. But it isn’t just the housework either. Occasionally I like to give my kids treats as a sign of my love, but in return I expect a little appreciation and to not be treated like a doormat.

That’s not how it works most of the time though. It’s a constant game of push and pull, and wanting to do things for your kids but then feeling like you are doing too much without any thanks or recognition and feeling like you are raising entitled little assholes who make your life (and their life) much harder than it needs to be.

And it can take you from feeling okay to “What the motherfucking hell is going on here?” in under sixty seconds.

I don’t care if you meditate every day or have given up yelling or possess superpowers. This is maddening AF and makes us want to shrivel up and roll around on the floor.

No, we don’t have kids to get accolades or compliments. And we understand that it’s a thankless job, but that’s doesn’t mean it’s not frustrating as hell to bust your ass trying to do everything for everyone without anyone noticing and caring. Heck, they’ll even ask for more. And keep asking until you explode one day when you come home from the grocery store and they are still there with all the demands and pickiness and mess all over the damn place.

When our family starts expecting things from us without showing appreciation or picking up their shit, that’s when it’s time to back off and make them fend for themselves a bit.

There’s nothing wrong with doing stuff for our kids and making sure they have what they need, but when you start feeling taken for granted and invisible, it’s time to switch it up and show your family what life would be like if you didn’t care so much.

Sometimes it means making them scrub the toilet.

And sometimes it means taking the damn day off from your mothering duties and assigning some shit to everyone else so you don’t have to do double duty the next day.

The last time I did that my oldest looked at me watching soap operas and mentioned how he might as well take care of my glass since it was looking like he “had to do everything around here now.”

It was one of the best moments of my life.

But I’m ready and willing to pull the plug on the cable and Internet and bust out the toilet brush at a moment’s notice. Because that seems to do the trick.