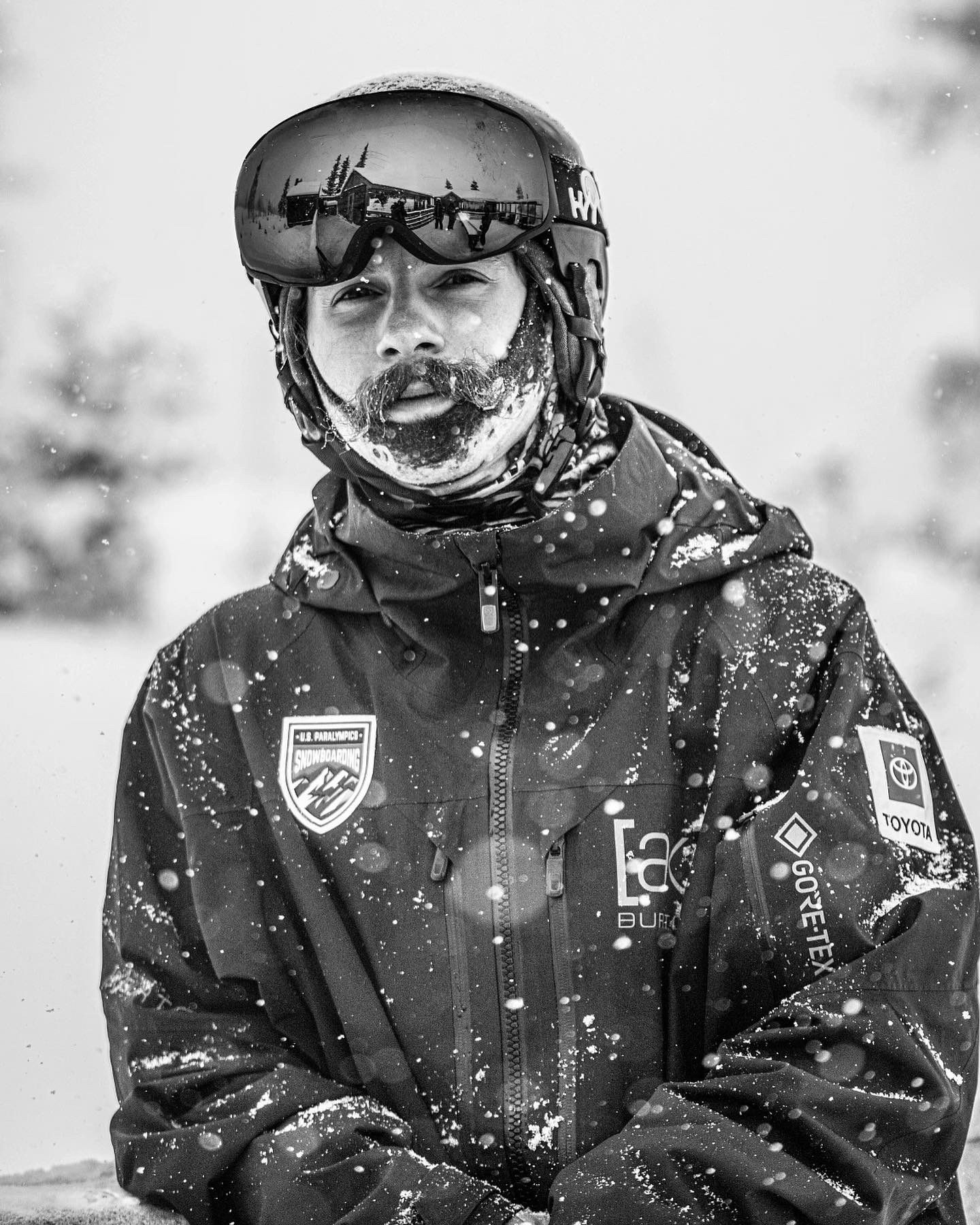 The Beijing 2022 Paralympics will run from March 4 to 13, 2022, and one of the athletes we’ll be following for sure is Noah Elliott. Four years ago in Pyeongchang South Korea, this Paralympic Snowboarder won the gold medal in the banked slalom event and a bronze medal in snowboard cross. But it’s his amazing back story as a teenage cancer survivor and single dad that are truly inspiring. We chatted with Noah, now 24, about his life as a professional athlete and motivational speaker, raising his daughter (now 9) and his hopes for Beijing.

Can you please tell us a bit about yourself and your story, going from being a single dad and cancer survivor to Paralympian?
I grew up in the Midwest in St. Charles, Missouri, and currently live in Steamboat Springs, Colorado. When I found out I was going to be a father I was 15 years old. On Feb, 5th 2013 my daughter Skylar was born and I became a teenage parent. Five months later I faced something that would change my life yet again. I received a cancer diagnosis that would force me to receive surgeries, chemotherapy treatments and also help me discover the Paralympic Games.

Becoming a parent changes anyone’s life but yet when you become a teenage parent you are starting from ground zero. I was faced with having to build a life to provide for my daughter and quickly. Up until that point I was too young to work and the only thing I knew I was good at was skateboarding. When I was receiving treatments in St. Louis Children’s Hospital I was trying to discover who I was going to be and what life I wanted to choose for my daughter.

How did you decide to pursue snowboarding, after having only skateboarded prior?
I saw the Sochi Paralympics on TV from my hospital bed and was inspired. During my treatment I was offered a chance to go on a trip with the Sunshine Kids to Steamboat Springs, Colorado. This is where I met a Paralympic snowboarder, Brenna Huckaby, and realized what I was going to pursue when I was finished with treatment.

After my treatment was finished and I was “Cancer Free” I learned that I needed a second surgery because my body was rejecting the knee replacement and tibia bone replacement. I was given two options, with one choice to amputate my left leg above the knee to pursue sports again…to become a snowboarder.

And you went ahead with the amputation?
Yes. After getting my prosthetic I worked at a bar/restaurant on Main Street in St. Charles as a dishwasher saving my money. I created a GoFundMe campaign and worked doing speaking engagements to raise money to move to the mountains and start my training, all while working towards graduating from High School. I graduated in 2015 shortly after receiving my first leg.

How else did becoming a Dad at just 15 inspire you?
Becoming a father at such a young age has completely changed the way I look at life and pursue my goals and days. When I was fighting for my life I had to think I wasn’t fighting for just my life. I need to fight and survive for my daughter—so she can have a dad. I knew it wasn’t going to be easy to beat cancer and even after it would be so challenging to become a high level snowboarder but I knew I had to in order to provide for my daughter the best I could. 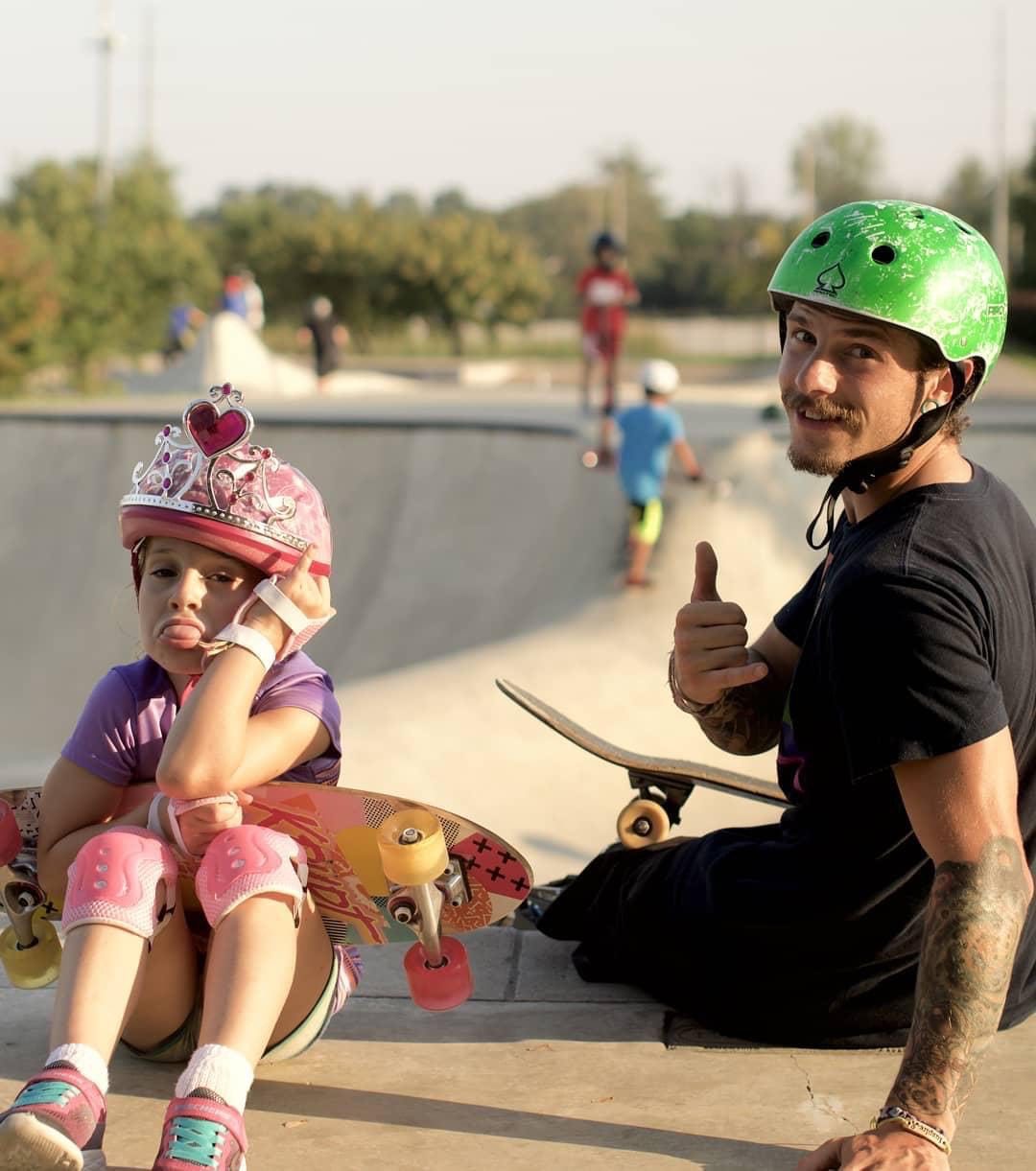 What are your goals as an athlete in Beijing?
The goal since 2014 was always to compete in Korea in 2018 and when we were in Finland, the year of the games, I had the realization of I might be going. My goals for Beijing are to conquer myself once again and perform at my highest level possible. Where that puts me is to be seen.

How has it been training this time and parenting?
The time on the road this winter has been very challenging. We have had a lot of competitions this winter for qualifying for China. While on the road I have been calling, Face-Timing and talking to family the whole time. When I am home family comes first and we focus on time together. I am looking forward to this summer and spending more time with my daughter.

What would you want a young person (or parent of a young person) going through a cancer diagnosis to take away from your story?
Whoever is watching this I hope they can take away that there is a life past cancer/injuries. No matter what that is you can rediscover yourself and chase whoever you want to be. It’s okay to be a new you.

Love that—so true of life in so many ways. Who or what do you credit with helping you get to this place?
I credit my work ethic, my goal-decision making process and my family. And all the people who supported and help me become the person I am today. I try to do the most I can in my communities and in the world to give back. I love visiting Children’s Hospitals and working with other non-profit organizations to help others with disabilities/ cancer. I still work with Wiggle Your Toes, Sunshine Kids, the National Ability Center, NSCD, Eagle Mount, Stars, Move United, Camp Rainbow and many more.